The new album, "The Fifth Sun" will be released sometime in April-2020. Stay tuned for more details.

You can find a teaser below. 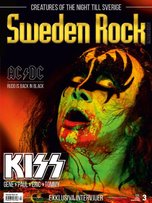